The Phoenix Lady Elite 1's the women's professional development team in Phoenix, Arizona, participating in the Women's Basketball Development Association (WBDA). We are the 2018 & 2019 Regional Champions of the West Coast, and the 2019 National runner up. With only our second year competing in the league and region the Lady Elite 1's continue to grow and dominate. Our mission is to create opportunities for female athletes to play competitively beyond college/university as well as a top performing professional women's program, that can maintain and advance high performing athletes.

The Lady Elite 1's orignated out of Toronto, Ontario and first particpated in the Womens Blue Chips Basketball League in 2010-2012. The team had a great impact on the local community with a roster filled with women who played at the highest levels of college and university basketball. Many of the Lady Elite 1's continue to play professionally to this day, including Stephany Skrba, Tamara Tatham, Tashawna Higgins and Wumi Agunbiade. The team also had the honor of featuring two Canadian OlympiansAlisha and Tamara Tatham.

With the transition to Phoenix, Arizona we hope to continue highlighting local women's basketball players as leaders and role models in our communities, while bringing even greater excitement to womens basketball by competing in the Women's Blue Chips Basketball League.

Wayne Dawkins is the founder of P.H.A.S.E. 1 Athletics. He attended Eastern Michigan University on a Division I Basketball Scholarship, where he earned a Bachelor of Science in Secondary Education. Wayne has 25 years experience teaching and coaching youth, while working closely with elite sports professionals like former Phoenix Sun Steve Nash and Head 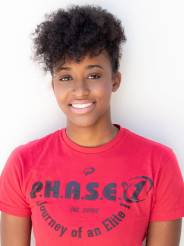 Nina Dawkins is the President of P.H.A.S.E. 1 Youth Association located in Scarborough ON. She is a certified Sports Nutrition and Fitness professional.

Crystal is married and has 3 beautiful children. She loves to travel and spend time making as many memories as she can!

No upcoming events at the moment
Out of gallery